"We'd lost hope, but now we are able to bloom." 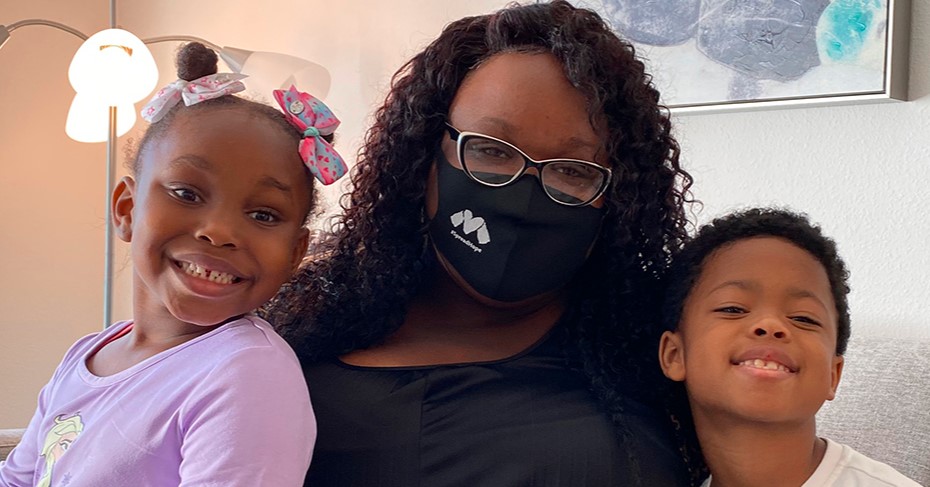 Alexia and her two children were walking a tough road.

Every day was a struggle — trying to better their life. But they were barely getting by on her small paycheck. All they could afford was a tiny room in a friend’s garage. “It was very scary,” she says. “I was terrified. The place was overrun with insects.”

After it became clear that the garage wasn’t safe or secure housing, Alexia and her kids were actually forced to live in their car for a while.

Alexia thought was she taking the right steps to improve their situation. But headway was slow.

Then one day, she heard from a friend that Metropolitan Ministries is a place where struggling families that are committed to working hard can reset, regroup, and rebuild. After investigating Metro, she was so happy to learn about all we can do to help.

Since coming to Metro, Alexia has seen her life move in a dramatically different and more positive direction. She was able apply for and be accepted to a phlebotomy training program. This was the first step toward becoming a more fully qualified licensed practical nurse.

“Being at Metro gave us stability so that I could get out from under the debt I was in and also focus on finishing my schooling,” she says.

With some of the financial pressure taken off, Alexia has been able to pay for her daughter’s school tuition and ensure that she is able to eat nutritious foods that don’t aggravate her severe food allergies.

“Since coming to Metro, my kids have become so much happier. They have more consistency. Seeing how far they’ve come, it feels so good,” Alexia says.

“They are able to play on the playground. They’re happy to be in the room and not have to worry about eating. They get a meal 3 times a day. It’s an amazing feeling knowing we’re cared for and safe,” she says.

As you read this, Alexia has graduated from her phlebotomy program and has applied for schooling to become a licensed practical nurse. This qualification will give her many more employment opportunities that pay a living wage.

“Coming to Metro was one of the happiest days of my life,” Alexia says. “I want to show my kids that while we struggle, we can always do what we set our minds to. If it wasn’t for Metro, we would be living in our car. I thank Metro and the donors for it all.”