Loving Our Homeless Veterans - This is Mike 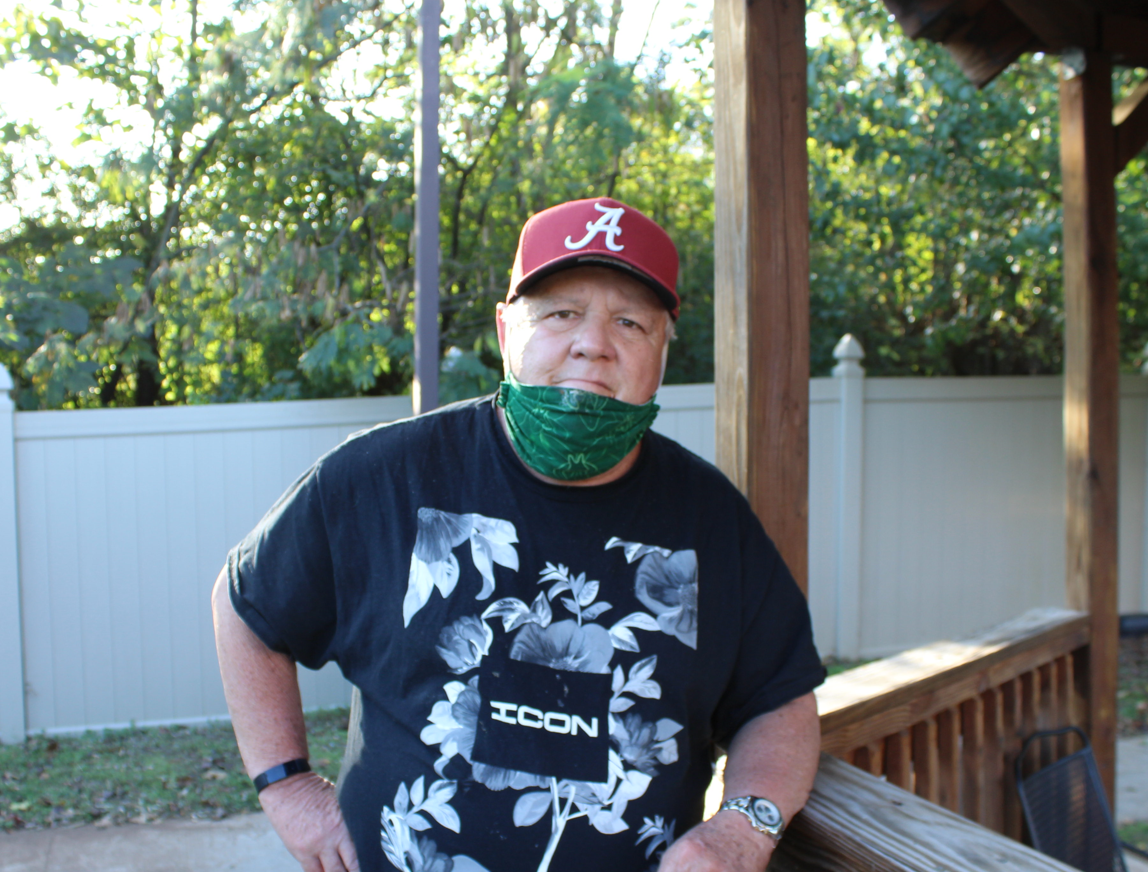 James Michael Bauer (Mike) joined the Marine Corps when he was 18 years old. Enlisting was an intuitive choice for him because of his proud and long family history of military service. When Mike enlisted, the Vietnam war was ending and he spent his first year evacuating the US embassy in Saigon. Sometime after this tour Mike left the Marines to rejoin civilian life. He met his wife, and they had a beautiful baby girl in 1985. However, in 1990 he was called back into service under the First Division of 5th Marines.

After being medically discharged after his latest tour, Mike again rejoined civilian life. Him and his wife had another daughter in 1995. He also continued working the job he’d keep until retirement. Mike had worked for United States Steel his whole life. While his family remained in Alabama, their hometown, Mike was the Superintendent of a Steel Mill in Ohio. He would visit often and send money back home to his family. Mike said they were very fortunate to be able to live comfortably.

In 2013, after 38 collective years of service, Mike retired from US Steel and returned home. His wife had fallen sick and he wanted to be there when she needed him most. Unfortunately, later that year Mike’s wife died of a cerebral hemorrhage.

Fast forward to late 2019. Mike, now a 63-year-old retired senior, was renting a motel room week to week. After losing his wife, he relocated to Knoxville in search of brighter skies. Unfortunately, in a new city, alone and grieving, Mike’s mental health began to suffer. His lack of connections also made him vulnerable. From there, his situation deteriorated quickly. Mike was robbed. Late one evening as he was returning to his motel room, he was accosted, threatened, and then robbed of what little he had. The burglars took sentimental items of his wife, personal belongings, and most importantly his debit and social security cards.

He was left with nothing. With only a few days remaining in his motel stay, Mike soon fell into homelessness for the first time in his life. He was chronically homeless for six months in early 2020. He lived night to night at shelters in oftentimes cramped conditions, but thankful, nonetheless. As an at-risk individual during a pandemic, Mike’s situation was even more dire.

In August 2020, we’re so happy Mike found his way to Samaritan Place (SAM). He was immediately met with the warmest welcome possible amid the Covid-19 pandemic. He received fresh clothes, three meals a day, a semi-private bedroom, and a newfound haven. Since then, Mike has diligently worked with case managers to help him regain access to his bank accounts, personal documents, and social security benefits. Now, a year later, Mike is beaming! “I think I’ve got it together now,” he says. “CCETN helped me to reestablish faith in myself. They encouraged and reiterated to me that it is possible to live comfortably on my own.”

Since coming to SAM, Mike has met many friends and is quite popular! “I’ve made a lot of really good friends,” he says. “That’s the positive thing about living here. I get along with everyone and I’m not lonely anymore.” Once completely stable, Mike is planning to move into his own apartment with a friend he met at SAM! He dreams of living out his retirement happy and secure. He plans to travel to Florida and maybe even California!

Mike’s story is one of many who have found refuge at Samaritan Place. We’re honored to serve the seniors of Knoxville, especially those who are veterans and have served us by protecting our country.