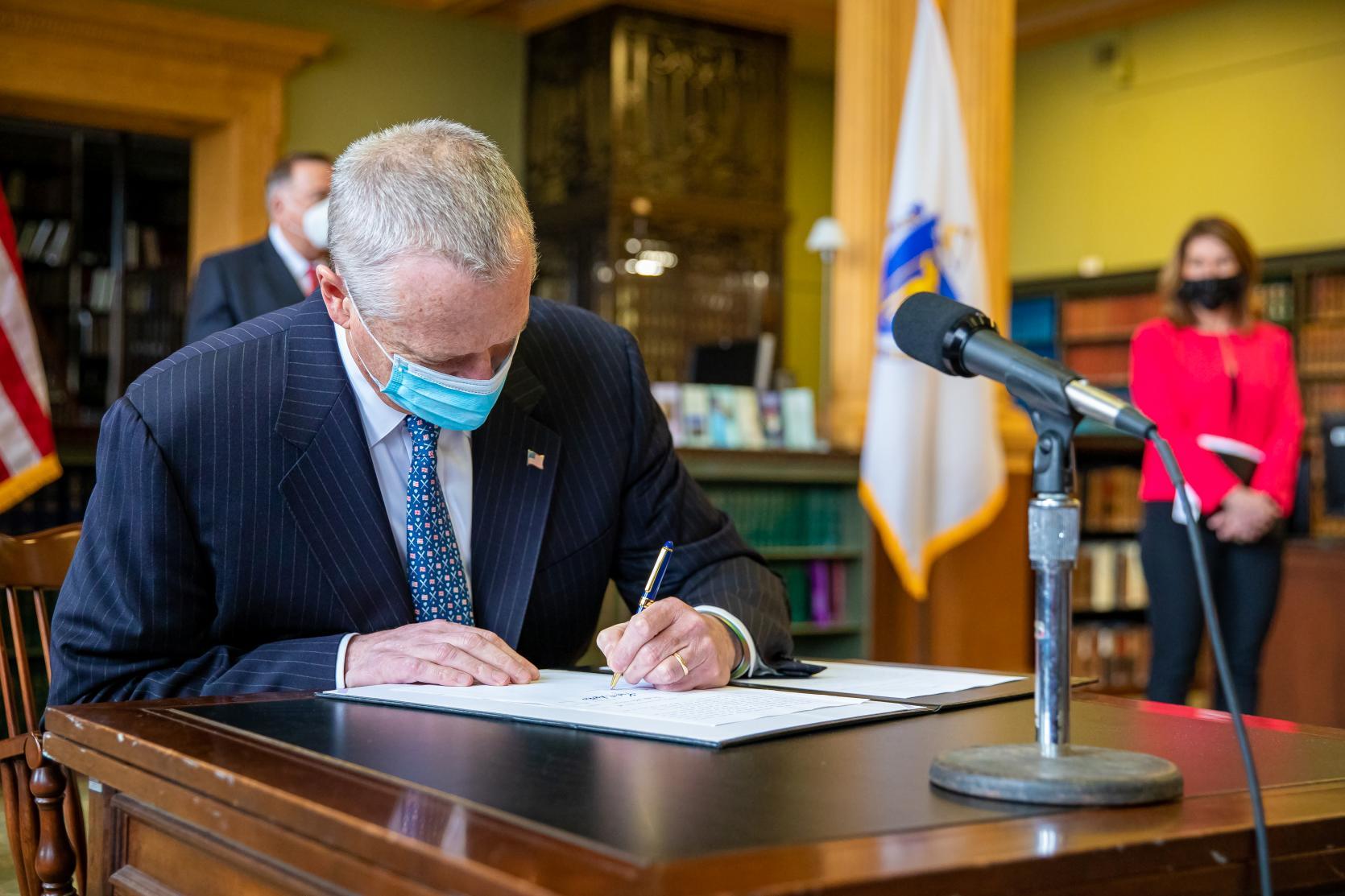 While federal action on climate change is often blocked by obstruction and gridlock, a growing vanguard of states is leading the way in combating climate change. UCS provided technical, policy, and grassroots support to help pass many critical pieces of state legislation in 2020-2021, establishing renewable electricity standards and clean energy policies. We mobilized our supporters to build momentum among key state decisionmakers and worked with local coalitions and community partners to help score these climate and clean energy wins:

Washington state took a significant step toward decarbonizing its transportation sector and reducing vehicle emissions when it passed House Bill 1091 establishing a Clean Fuel Standard. UCS organized an expert sign-on letter from climate scientists in the state, while UCS supporters contributed more than 530 signatures to a partner petition and sent more than 200 letters to lawmakers in support of the bill.

Massachusetts passed a landmark law, the “Next-Generation Climate Roadmap,” which commits the state to net-zero emissions by 2050. This legislation sets clear sector-specific targets for emissions reductions by 2030 and 2040 and addresses longstanding socioeconomic inequities through strong environmental justice protections. UCS advocated for this legislation for more than two years by ensuring the emission reduction targets were strong, working with the sponsors and community leaders on the environmental justice provisions, and engaging our state supporters and scientists at key junctures in the legislative process.

Maine passed several pathbreaking climate and clean energy bills, including the creation of a green bank to provide clean energy financing to low-income households and other underserved markets. The state also passed a new law that requires the Maine Public Utilities Commission to incorporate climate impacts and solutions into their decision-making. UCS testified on both bills, gave several presentations to policymakers, and led the development of a green bank recommendation that was included in Maine’s Climate Action plan.

Oregon committed to a 100 percent clean electricity transition by 2040 by passing House Bill 2021. This is one of the fastest state timelines yet to eliminate global warming emissions from the electricity sector. The bill will also invest $50 million in community-based clean energy projects and require good wages and benefits for workers employed on large-scale renewable projects. UCS advocated for this bill in our analysis and blog posts and delivered more than 2,000 state supporter letters to lawmakers.

California Air Resources Board voted unanimously to pass the Advanced Clean Trucks Rule, the first zero-emission truck sales standard in the country. As a result, 15 percent of the trucks in the state will be electric by 2035. Thanks in large part to UCS analysis and advocacy, the rule is roughly twice as stringent as originally proposed. UCS ramped up pressure by mobilizing supporters and experts and contributing to more than 4,000 public comment submissions, 3,500 petition signatures, and an expert letter signed by more than 100 scientists.

California also passed a first-of-its kind requirement that ride hailing companies like Uber and Lyft electrify their fleets starting next year and increase electrification to 90 percent by 2030. UCS brought attention to pollution from ride-hailing services in a 2020 report and worked hard to support this effort by engaging stakeholder partners, mobilizing activists, and providing expert testimony.

While our work to address the climate crisis is far from over, these victories provide models for other states to adopt and are key milestones in our country’s progress toward a clean energy future. UCS will continue leading the way on climate solutions by advocating for scientifically achievable ways to reduce carbon emissions and pushing federal and state lawmakers to take strong climate action.