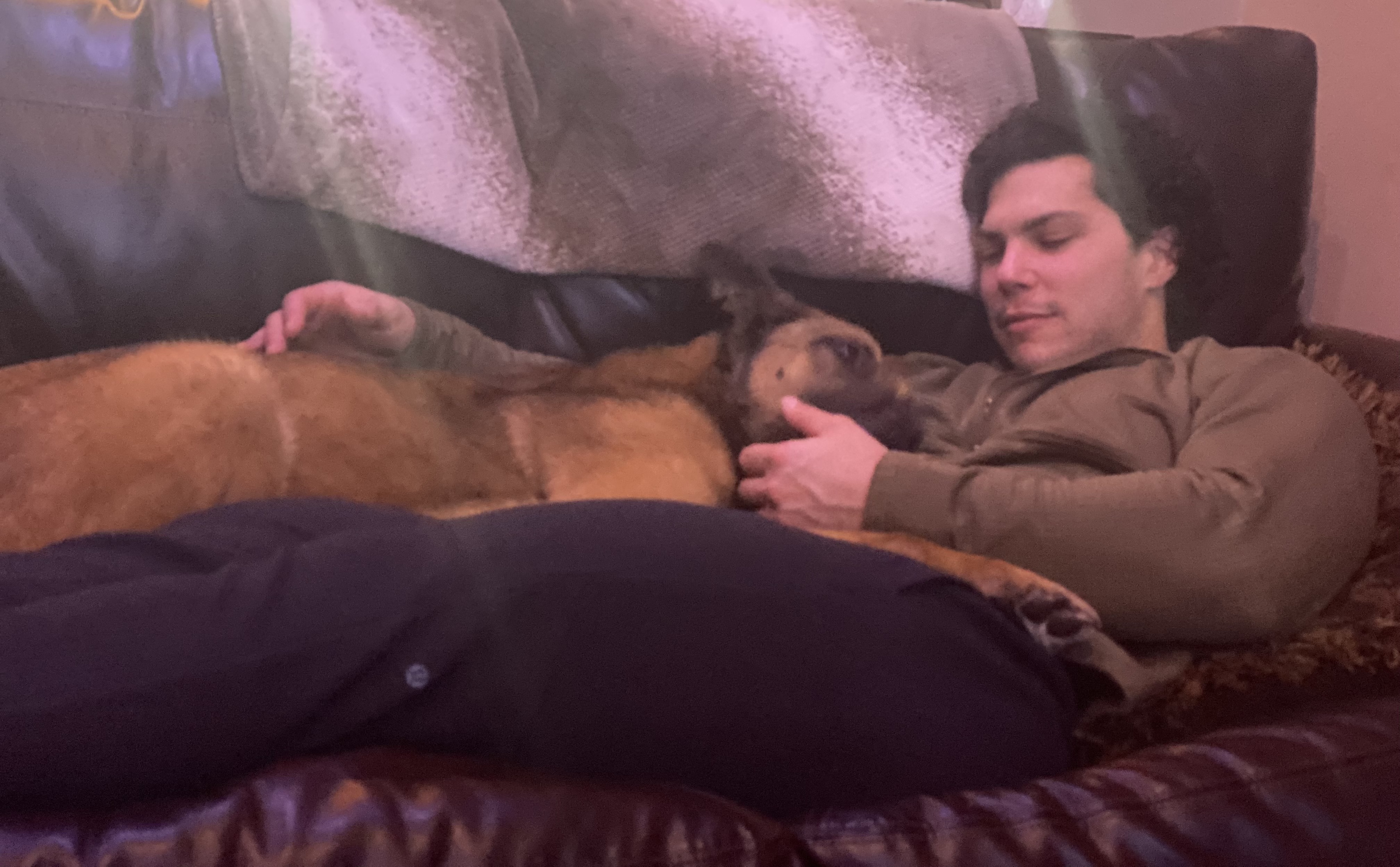 As a military working dog handler in the U.S. Air Force, I’ve worked in environments where hesitation could mean death. Thankfully, I worked alongside a stellar canine companion, Beni.

Beni and I were introduced in 2012, and we were both rookies to the working dog world. We were assigned as a bomb detection team, and have both been deployed to various locations overseas. Not only did Beni protect and save the lives of our military members (mine included), he brought meaning and joy to my life in ways that are hard to explain.

When I left active duty in 2015, Beni had to continue to serve, and I was proud that he was able to. He was dedicated, smart, driven, and I felt bad for the criminals trying to out run him.

I vowed that when his time was up, I would be back to bring him home where he belongs.

After four years of pestering the military, it was finally time for Beni to retire. Given the intense nature of the job, his behavior became undesirable, and the military wanted to have him put down. I refused and fought back.

The Warrior Dog Foundation stepped in and rescued him. Dedicated to rehabilitating our military working dogs, they feel strongly that no dog is beyond saving. That after the life of service they have given their country that they deserve the retirement they earned. They acted as a proxy to diminish and correct the behavioral issues so that he could come home to me.

When the Warrior Dog Foundation called to indicate that it was time for Beni to come home, I was overjoyed and couldn’t wait.

Having Beni back in my life has helped me in so many ways. It wasn’t noticeable until after he came home, but it was like a part of me was missing from the service.

Beni was bred for the service, and in his retirement, he is enjoying the benefits of home living. Learning new things all the time, such as how to avoid falling in the pool, or which fruits he likes.

Warrior Dog Foundation has truly blessed us both and we are forever thankful that they were able to reunite us.