Loving - Despite it all 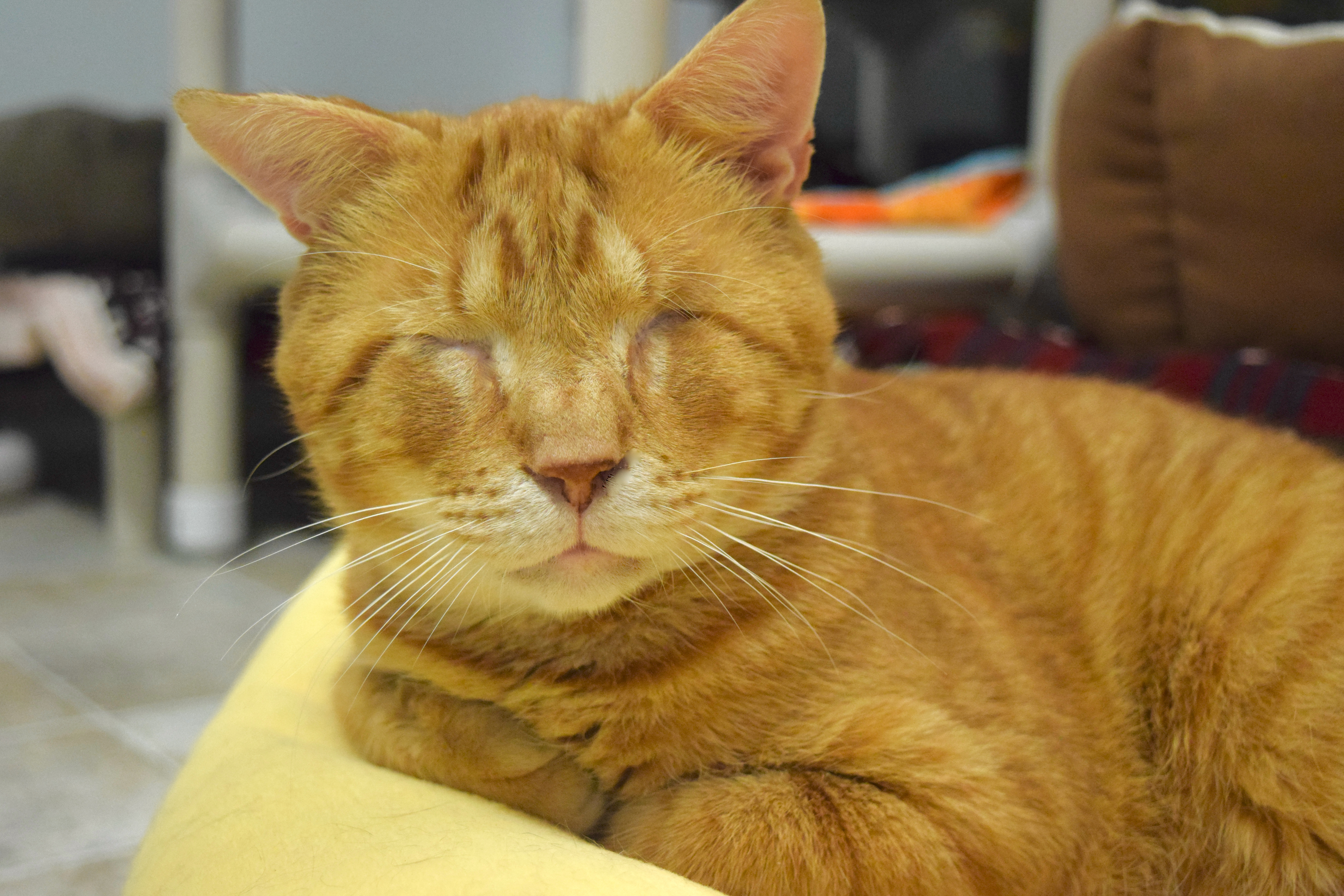 Imagine this: you have no home or family, you’re hungry and begging for food. When you ask for help, people throw things at you. You have to try and stay out of harm’s way even though you have nowhere safe to go. You’re at the mercy of the weather. And you’re blind. One day, some people, for no reason other than cruelty, shoot bird-shot at you at close range. That was the life Blind Cat Rescue & Sanctuary (BCR) resident Uncle Fester endured before coming to BCR in August of 2018. As an adult cat it’s hard to imagine the fear and suffering he endured during his life. When he came to us, he had many wounds and a broken leg that had healed incorrectly. It’s most likely that Uncle Fester lost his sight due to an untreated upper respiratory infection. When we took Fester to the vet for his first thorough medical exam, his X-ray revealed the extent of the close-range bird-shot that hit him. The pellets are still visible under his skin. Although they don’t cause him pain, they are there as a reminder of his past.

However, Uncle Fester’s story has a very happy ending. Today, he lives a safe, healthy life full of love and attention. He’s been neutered and his eyes taken care of. Despite his horrible life on the street and the abuse he suffered, he is now in a place where he will never be abused, afraid or hungry again. He is – in spite of all he’s endured - a very loving cat who still loves and can trust people. Uncle Fester is also a great friend to his fellow BCR cats, always trying to make new arrivals to his room feel safe.

Uncle Fester’s story is sadly very similar to many other resident cats now living in their forever home at BCR. We’re here to help cats like him who are blind and those who test positive for FIV and feline leukemia. In many states, these cats are routinely euthanized by law. Without BCR, they wouldn’t be here. The cats don’t know they’re blind, we label them that way. They know they’re cats and that’s how they live their lives! We hope those around the world who see our cats regularly on live Facebook tours and our 24-hour live cameras learn that they can be loving family pets with good lives. BCR is totally donation funded and our resident cats have this life because of caring people who support our work.