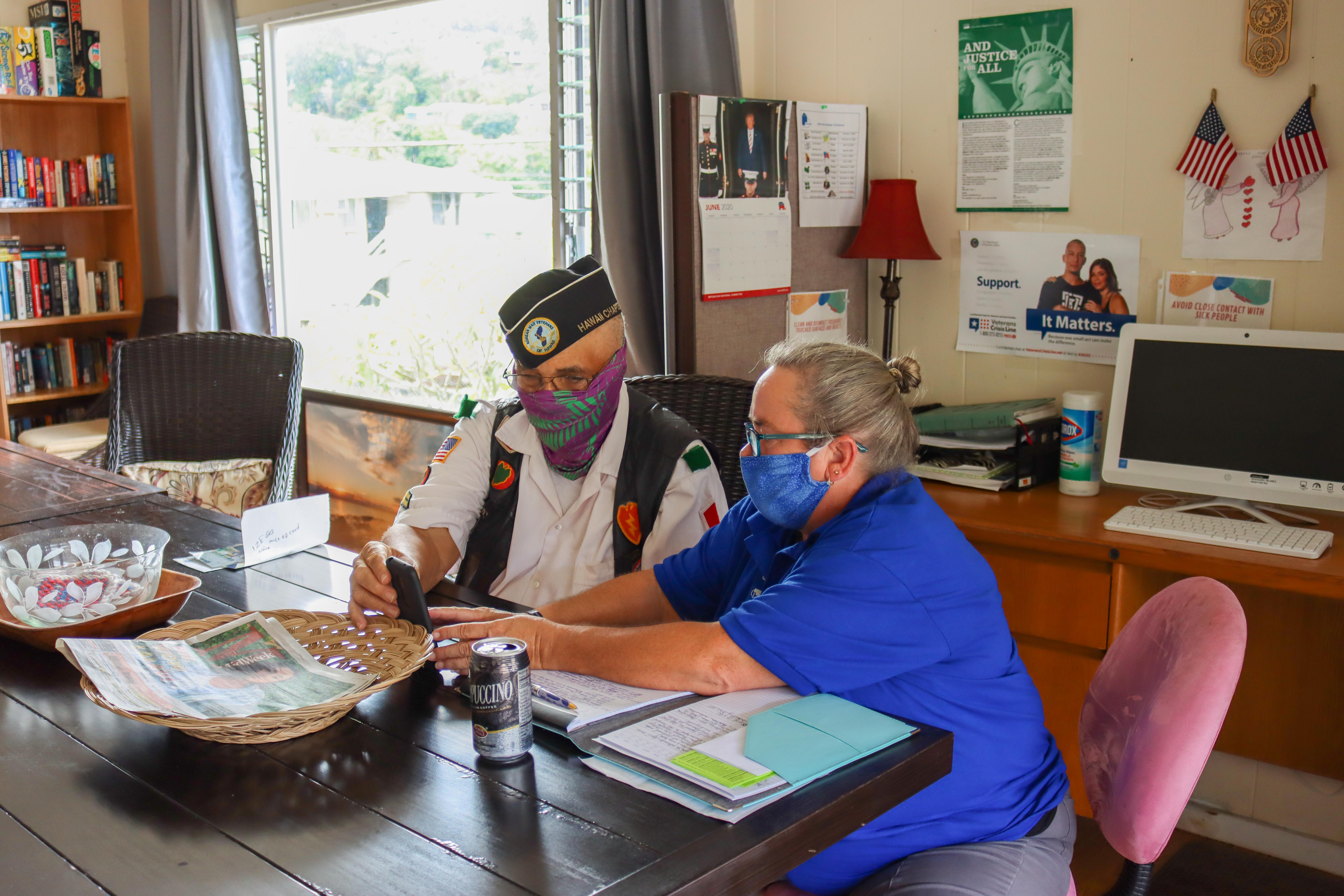 William “Bunny” Wright, a Korean War veteran, found himself homeless this summer with nowhere else to turn. After 10 years of living in Hawaii, his family dynamic changed, and suddenly, Bunny wasn’t welcomed in his own home.

Heartbroken over being ejected by his family members, Bunny gathered his belongings and temporarily moved into an affordable hotel room in Waikiki. He had just enough money for a short stay. Bunny never thought he’d be homeless.

This vet was no stranger to uncomfortable situations. In fact, he persevered through life despite them. As a Black American, Bunny faced many trials throughout his time in the military and his childhood growing up in the South during the Jim Crow era. After being discharged from the Army, Bunny began his civilian career in architecture. Without formal education or training, no one believed Bunny would make it. He was frequently belittled and pushed aside. And yet, he defied the odds and learned from the ground up. One of Bunny’s greatest achievements was working for the City of Boston where he made a name for himself in the planning department. In his spare time Bunny mentored architecture students and volunteered for the Wounded Warrior and Veterans of Foreign Wars programs.

Thankfully, through his volunteer work, Bunny knew of programs available for veterans who fall into homelessness. He looked up resources through the United States Department of Veterans Affairs (VA) office and was connected with the Healthcare for Homeless Veterans Program (HCHV). After a few calls, Bunny was offered a bed at IHS’ Veterans Engaged in Transition (VET) House, a transitional home for homeless veterans. Onsite case managers, including Robin Moag-May, Veterans Associate Case Manager, help prepare guests for longer term housing options.

“Bunny is one of the kindest, gentlest souls we have ever met at the VET House,” said Robin Moag-May, Veterans Associate Case Manager. “He is so focused on doing right for others and is happiest when helping someone else. Bunny never has a covert motivation and doesn’t expect anything in return.”

Bunny quickly became friends with the men at the VET House. He enjoyed being around veterans of all different age groups. Bunny became part of a close-knit community bound by comradery, and found a support group to rely on during tough times.

Kindness and support at the VET House is a two-way street. Bunny would be a listening ear or companion when needed and even made some of his housemates’ favorite meals, when he had the time and strength. Bunny was also well taken care of by his housemates. After coming home from multiple procedures for health conditions, they would remind Bunny about his medications and help him get around the house while recovering.

As soon as Bunny began living at the VET House, IHS staff started working with him to apply for housing opportunities and prepare for assessments. After a few weeks, Robin received word that Bunny qualified for the U.S. Department of Housing and Urban Development-VA Supportive Housing (HUD-VASH) Program, which would enable him to receive rental subsidies for a place of his own.

After nearly four months at the VET House, Bunny was successfully placed into a permanent home. We are overjoyed by this victory and proud to have helped Bunny on his journey. To celebrate this accomplishment, we provided Bunny with a few items he could bring with him to his new home – including kitchenware items and furniture that was earlier donated to IHS.

Homelessness can happen in the blink of an eye. Veterans like Bunny often carry the weight of PTSD or other medical conditions in addition to everyday struggles, making them even more susceptible to hardship. This Veteran’s Day, we encourage our community to extend kindness and grace to those who have served. The battles they fight do not end when their service ends.

To those of you who have served, mahalo. We thank you and salute you, today and every day.

Charity Name
The Institute for Human Services, Inc.
Photo Caption
IHS case manager helps veteran "Bunny" get back on his feet after becoming homeless. From the moment a client is in our care to helping them pick up the keys to their new home and beyond, we stand beside our clients every step of the way.
Photo Credit
IHS Hawaii
CFC Number
38139