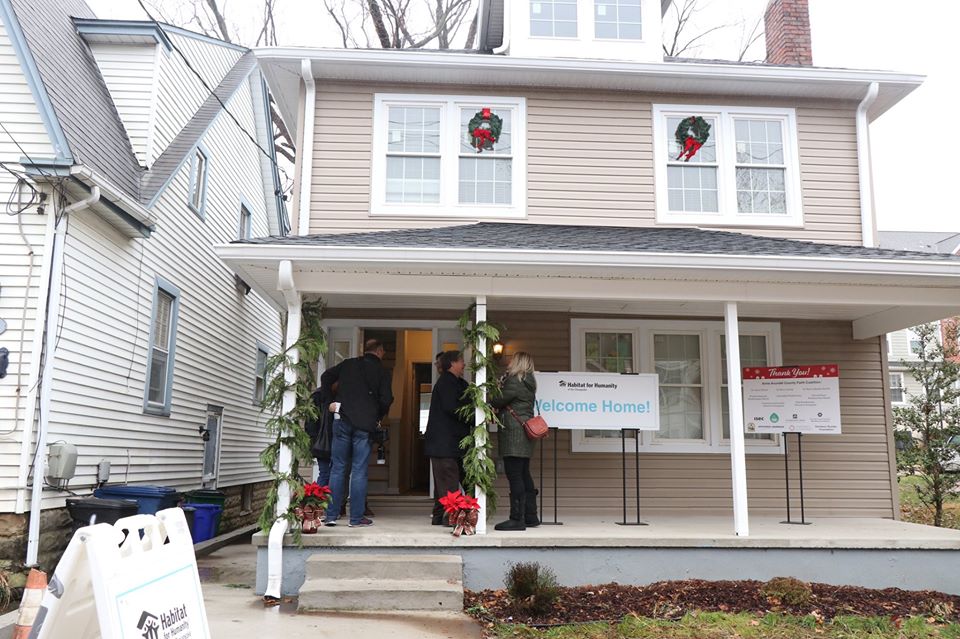 Jessica graduated college, gave birth to a beautiful daughter named Eden, and became a budget specialist at Johns Hopkins School of Public Health. As Jessica says, she was a “boomerang child” – off to college and then back to her parents’ house as rent prices and down payments on houses soared out of reach. For years, she strove to save for a house of her own and researched first-time homebuyer programs across the state to no avail.

Meanwhile, Habitat for Humanity of the Chesapeake finished the set of new townhomes on Clay Street, continued renovating a few existing rowhouses and, with support from the Anne Arundel Faith Coalition, acquired the last vacant single-family house - a faded pink foursquare. The house would need structural engineering, requiring more funds than usual, but it would be a beautiful home for the right family. In partnership with Anne Arundel Faith Coalition members, Habitat Chesapeake began the careful work of aligning fundraising, construction and family timelines for the home. Work started and stopped as funds were raised for chunks of work. The process was complicated by the fact that two families were matched and later unmatched to the house as employment changes meant they could no longer afford it.

According to Jessica, it was all meant to be: the house was waiting for her. “My mom suggested going to a Habitat information session in 2018 and we were there looking at a board with all the available houses on it,” says Jessica. “I told her ‘That’s the pink house on Clay Street! That is my house!” It was easy to recognize because her parents had grown up in the Clay Street community and still lived close by. Says Jessica’s mom, Betty, “When we were growing up, the neighborhood was full of kids and families. We knew and played with the children in that house. They were a good family.” Like many neighborhoods, Clay Street suffered from disinvestment in the 1970’s and 80’s as families moved to the suburbs.

In Fall 2018, Jessica was matched to the house and began diligently completing her 250 “sweat equity” hours on construction sites, in ReStores and at community events. Her favorite times were helping at other families’ home dedications and working alongside volunteers from the Anne Arundel Faith Coalition of churches.

Finally, on a cold, rainy day in December 2019, Jessica came home. Hundreds of Habitat staff, volunteers, donors, public officials, friends and family members packed into the transformed house. Instead of faded pink stucco and plywood, the home had crisp beige siding and new windows courtesy of Thompson Creek. The yard was neatly landscaped by local firm EQR, with improved grading and plants that would absorb stormwater and keep the home’s re-engineered foundation strong.

Surrounded by supporters, Jessica was overwhelmed with emotion. “I want to say thank you to everyone who is here today and made this possible. If you cleaned up debris in 2009, if you hung drywall two years ago, if you raked the front lawn yesterday, we thank you from the bottom of our hearts.”