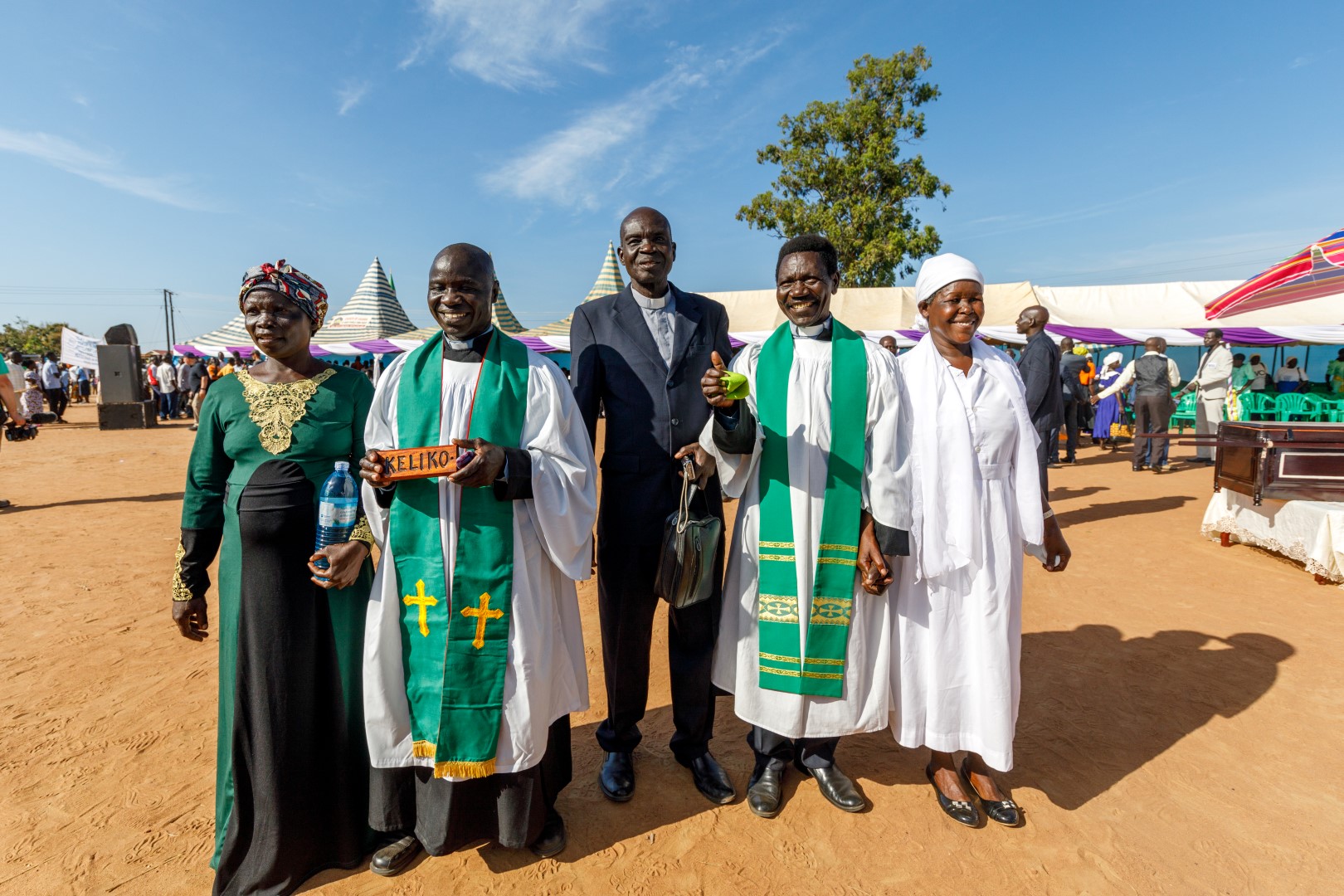 They lost everything — possessions, homes and even their country. But hardships and trials are no match for the Keliko of South Sudan. They’ve found the secret of joy in difficult times: hope and faith built upon God’s Word.

The Bible in their language — the Book of Joy —makes it possible for them to live fulfilled in every trial or circumstance.

In 1985 Keliko Pastor David Gale went to a conference in Juba, South Sudan. There the clergy were asked to read or sing Scripture in their own language, but he couldn’t participate.

God’s Word wasn’t available in Keliko. The language hadn’t even been written down.

This moment brought Pastor David to tears and sparked a to see God’s Word translated into Keliko that was embraced by the church and community.

He and generations of Keliko leaders after him declared Matthew 7:7 as the theme of their translation project: “Keep on asking, and you will receive what you ask for. Keep on seeking, and you will find. Keep on knocking, and the door will be opened to you” (NLT).

Civil unrest created many difficulties for them and their families. As a result, the translation came to a halt before they could finish developing the written language.
But the Keliko continued to faithfully ask, seek and knock — for 10 long years.

When God opened the door again, the team restarted the work. Despite having to move the translation to different locations and be away from their families, the translators would not give up. Even when the Keliko were forced out of South Sudan in 2016 and scattered to refugee settlements in the Democratic Republic of the Congo and Uganda, the translation moved forward with a team of translators led by Pastor David’s grandson.

The translation team worked on their Scriptures through civil unrest, hardships, sickness, displacement and opposition from neighboring peoples. Several times the team had to relocate the project in and out of South Sudan.

“It was really very difficult for us to move from … locations to other locations,” recalled translator Pastor Isaac Kenyi. On multiple occasions, they faced incredible danger.

“Despite all these challenges we did not give up,” said Isaac. “We just sacrificed ourselves because we are Kelikos. We are speakers of the language. We need the Bible in our language. The church was praying for us and other people were praying for us. … This is how the translation continued.”

With help from Wycliffe and strategic partner, SIL*, the Keliko translation team worked with incredible resolve to provide the Word for their people.

On August 11, 2018, 33 years after Pastor David’s vision, the Keliko New Testament with Old Testament portions was dedicated in northern Uganda by his grandson, Bishop Seme Nigo Abiuda, and fellow translators.

Today the Keliko are still displaced and facing hardships, but you wouldn’t know it from the joy expressed by the church. They received Scripture in their own language!

Wycliffe is grateful to all who support Bible translation, bringing hope to a hurting world, including those who give through the Combined Federal Campaign.